The Love Of God

I have started this blog at the urging of the Holy Spirit, it will be mostly writings that I feel bring us to a better understanding of the true nature of God the Father. As in anything, I ask you to weigh what you read here against the scriptures and the witness that is in your heart. This is also a continued effort of what my father started; to spread the true gospel so that you may know the fullness of the

Called to speak out


I praise you because I am fearfully and wonderfully made; your works are wonderful, I know that full well. My frame was not hidden from you when I was made in the secret place. When I was woven together in the depths of the earth, your eyes saw my unformed body. All the days ordained for me were written in your book before one of them came to be - (Psalm 139:14-15, NIV). 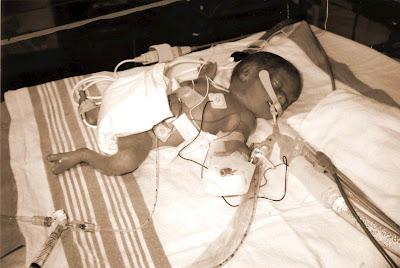 My grandson Zachary born 12 weeks early along with his twin brother Luke. They both suffer from cerebral palsy. 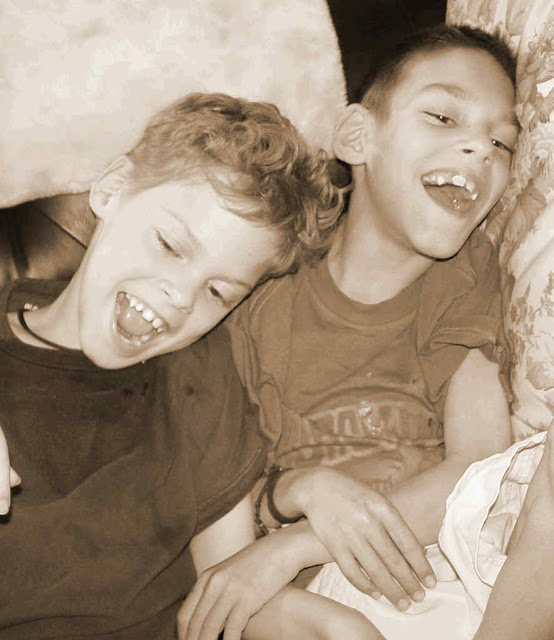 I have not written a post here for awhile, I have not been able to blog like I had planned, it just takes time I haven't had.
But the Lord spoke to me this morning and put it on my heart to write this post. It concerns a topic I would rather not address because of it's controversial nature and it is laced with much pain.
Abortion
Because I have been praying lately to be faithful in whatever the Lord asks of me, I am writing this post.

My Utmost for His Highest by Oswald Chambers.  On October tenth, he wrote, “All God’s revelations are sealed until they are opened to us by obedience. You will never get them open them through philosophy or thinking.  But once you obey, a flash of light comes immediately. ...Obey God in the thing He shows you, and instantly the next thing is opened up…God will never reveal more truth about himself until you have obeyed what you already know."

I want to be faithful to the calling I have in the Lord Jesus Christ. I would like to start out by saying there isn't a problem, situation or need in our lives that you won't find a solution to in the Word of God. The Bible addresses every need known to mankind. If I have a question I go to the word and pray, if it is a crisis I get on my knees. I spend time with God to know His heart, so when problems rise I know what to do.  It is in the inner work that gets you through the trials that come.

I must realize that my obedience even in the smallest detail of life has all the omnipotent power of the grace of God behind it” (O. Chambers June 15). “If I obey Jesus Christ in the seemingly random circumstances of life, they become pinholes through which I see the face of God” (O. Chambers November 2).

It is with that knowledge of who God is that I must stand and be counted even when it is not the popular choice. It has become a popular thought today not to have a strong opinion on any given subject... live and let live, of course unless you are an unborn fetus.
I am not here to discuss the issues, I have heard them on both sides and everyone thinks they have the right answer. I am only looking at this subject in the light of scripture, as I do in every detail of my life. I do not consider myself to be a political person, I am not involved with any specific party. But I do have strong convictions based on the Holy Spirit in me and I do stand on those convictions. If you do not believe in something and stand on those beliefs then you will be swayed in all directions and become a double minded person.
James 1:8
A double-minded man is unstable in all his ways.

I do want to add that I was involved with the pro-life movement when Roe vs Wade was before the supreme court and I did march in protest to try and overturn the decision... that was back a few years! I just want to be upfront here and lay before you where I am coming from.
I do want to add a few facts based on independent studies

As you can see the most dangerous place to be is intrauterine.
Abortion is an ugly scourge that is defiling this nation. And we as a society will and are suffering the consequences. I am not here to judge anyone. I understand the deception. I understand the circumstances that lead to abortion and my heart goes out to those that have made this choice. Given the same circumstances I dare say I might have done the same and made the same choices. I only know God is a God of love and forgiveness and my sin is no less than anyone else. The bible teaches, all have sinned and fall short of the glory of God. The God I know is bigger then abortion, the God I know takes away the sin of the world... yes, I said the world that includes the concept of sin.
I am not here to condemn those that have committed any sin, David was the apple of God's eye and he committed murder so that he could take another mans wife. God loves you just as you are but He wants you to make good choices. Choices that will not have years of harmful affects on your life. Abortion is a bad choice, two wrongs do not make a right and eventually your bad choice in life will have to be dealt with. We are all responsible for our actions.Taking the very life you have given life to will have a tole to pay eventually, even though you might be able to reason it out in your mind today. When we make bad choices they have consequences and sometimes we don't realize the impact of those choices until years later.
It stays in us on a cellular level, it stays in our  subconscious and in our heart, the only way to rid sin is through the inner work  of Jesus Christ.

As a society to allow babies to be killed on a daily basis just baffles my mind.
I think of all those potential little wonders cut down before they could take their first breath, all the artists, teachers, scientists and doctors that might have had the answer in their DNA to cure cancer or maybe to paint another Mona Lisa.  I had a vision of all these babies dancing around the throne of God and climbing on the lap of Jesus... so loved, so cared for.
I think of all the mother's who made this choice and missed out on the blessing and love that these children would have brought them, it is heartbreaking.

Before I formed thee in the womb, I knew thee; and before thou camest forth out of the womb, I sanctified thee Jer. 1 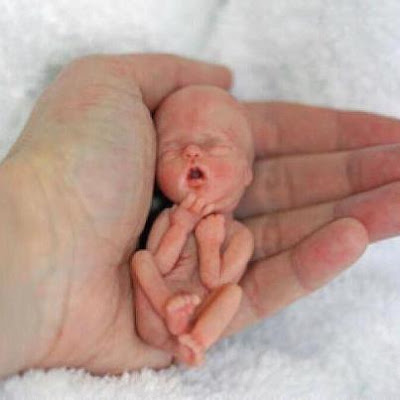 You see it started this morning
when I started reading the comments on a facebook entry (680), on a picture of a 12 week  fetus. There was a great debate on whether this is a 12 week fetus or 15 week, which in my mind what difference does it make!!! What is the difference if the child has formed fingernails yet or not before he or she is killed.
Some of the comments haunt my soul, a generation brought up with the knowledge that the law says it is acceptable to kill.  The cold calculating comments of young girls that rationalize taking a human life because "you can't afford a child or there are too many people in the world anyway."
This is the attitude of a society that makes it easier and easier to rationalize sin. It hardens the heart and we all will be at the mercy of what we have allowed.

Hebrews 3:10  Wherefore I was grieved with that generation, and said, They do always err in their hearts, and they have not known my ways. So I swore in my wrath, They shall not enter into my rest. Take heed, brethren, lest there be in any of you an evil heart of unbelief, in departing from the living God. But exhort one another daily, while it is called Today, lest any of you be hardened through the deceitfulness of sin.


Sin doesn't enter our hearts with one big swoop but little by little, the breaking down of our thoughts. The allowing of one small disobedience of God's law to the next until it seems normal. When you first smell a stench it is offensive but if you stay in it after awhile you cannot smell it. The same with sin.
I do not preach on the law normally, Jesus came to fulfill the law because we could not keep it. It is only through Christ and what He did for us on the cross that we are able to stand blameless before the throne of God.
He gave us one law to keep through His grace and that is first to love the Lord your God and then to one another as He loved us.
John 3:16
For God so loved the world that He gave His only begotten son, that whosoever believeth in him should not be lost but have everlasting life. For God sent not his son into the world to condemn the world, but that the world through him might be saved.

It is through love that I come to you today to admonish you
to choose love. To also extend love to those that are hurting and to those that have made bad choices. God's grace is sufficient for you, it covers all our selfish acts. No matter what you have done or think God loves you and knows your name, He is forever calling to you to come into a relationship with him through Jesus Christ.
I don't know why God called me to write on this subject today but I trust the spirit of God to speak to you through my inadequacy and touch your heart with love and healing.
I would be glad to discuss any questions further that you might have through my email
alxfreedom@aol.com
Please know God loves you and so do I
Blessings
Rebecca

I Am Overshadowed By His Mighty Love...

for God so loved

For I am persuaded that neither death, nor life, nor angels, nor principalities, nor powers, nor things present, nor things to come,

Nor height, nor depth, nor any other creation, shall be able to separate us from the love of God, which is in Christ Jesus, our Lord. Romans 8: 38